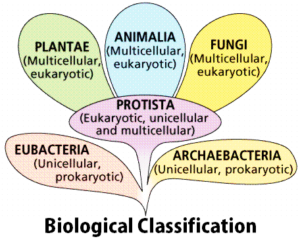 Classification in biology is the arrangement of living things in group on the basis of the features that they possess.

Why classification in biology?

It has been estimated that there are over 10 million kinds of living organisms in the world.  Thus making classification an easy way to study these organisms. Living organisms are classified into groups on the basis of common features that they had.

The science of classification of living things is called Taxonomy.

Zea mays Linn. (Zea is the generic name, mays is the specific name and Linn. Is the abbreviation of Linnaeus the discoverer).

Now you are doing good, let move on to the next one

STEPS IN NAMING IN BIOLOGICAL SCIENCE

The hierarchy in nomenclature include:

Phylum: Chordata (Animals that possess notochord at some time in their life )

Class: Mammalia (Warm-blooded, hairy and feed their young ones with milk)

Species are a group of closely related organisms that are capable of interbreeding to produce fertile offspring. By this definition, if two organisms of different species mate, the offspring if peradventure there is any will not be fertile. For example: Mule (the hybrid from the mating of a donkey and horse) are sterile though mules have an advantage over horses and donkeys in that they are faster than donkeys and can carry heavier loads than horses.